Collaboration Phase This is a work in progress. Collaborators are busy busy!

This project is instrumental

Description: Highlights from the Short Film The Devils Looking Glass - 2014

Project brief: During 2014 FlatBroke Films LLC invited me to help create the soundtrack for the short film “The Devils Looking Glass”. A superstition of the Cherokee people who believed the cliff rock formation contained faces of evil spirits waiting to bounce upon you. The legend continues into modern time with reports of mysterious images and unsolved deaths. The short film ran on YouTube, and several other video sites for about one year. The producer removed it without notice, but I do still have scenes that I sync our tracks with. The opening scene is called Buffalo Run and depicts the indigenous people on a hunt riding bareback chasing buffalo. (not used in the final cut) The next clip (Chase scene) is the legend that a Confederate soldier who was chased down and kill in that same area of the Devil's Looking Glass by a demon. The film next moved it to a small town in Erin, Tennessee as the camera pans from the rooftops into a Bar where a detective explains a murder case he broke at the DLG. As the movie moves to the actual site of DLG the detective’s story explains that a group of young friends is robbed by locals who live in the surrounding wooded area. Later (police station scene) they were later found murdered with one survivor, who is found guilty of the murder of his friends but is shot by the detective (telling the story) while he tried to grab the officer's gun while being interrogated. The music then moves to a reflective mood recalling the many tragic events that took place at the DLG. The closing credits music is called A People of Many Nations which was from a documentary I did in 2002. The narration was not used in the credits. Executive Producer: Anthony Fraizer FlatBroke Films 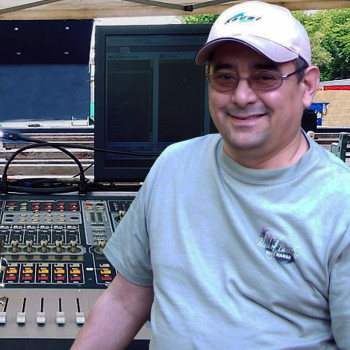