MonkeyC | Admin | 465 posts
Our BMI and ASCAP writers might already be aware of this, but it's interesting to take a peek behind the scenes every now and again and this is a current concern for collaborators who are in the business of making money from their music.

1. WHAT EXACTLY DID THE DOJ DETERMINE?
After BMI spent over two years advocating specific reforms to modernize its outdated consent decree, the Department of Justice (DOJ) refused to agree to BMI’s proposed changes. Instead, it interpreted the current BMI decree as requiring “100% Licensing,” an issue BMI never raised and a licensing approach that has never been the industry practice.

2. WHAT IS ‘100% LICENSING’?
“100% Licensing” is a copyright law concept which says that when a musical work has two or more co-writers, each individual writer has the power to license the entire work without the approval of his/her collaborators. This is the rule unless there is an agreement to the contrary among the co-writers. Under 100% licensing, a music user can perform that work, with the permission of just one co-writer. That writer is then responsible for paying his co-writers their share of the monies earned. Under the DOJ’s interpretation, if BMI is unable to grant a 100% license in a given work, BMI would be unable to license that work.

3. WHAT IS ‘FRACTIONAL LICENSING’?
“Fractional licensing” is a copyright law approach in which each co-writer is responsible for the licensing of his or her own interest. BMI believes this describes the way in which the Performing Rights Organizations (PROs), publishers, songwriters, composers and music users have actually operated in the rights marketplace for generations. The United States Copyright Office agrees.

4. HOW DOES THE DOJ’S POSITION IMPACT ME?
The DOJ’s position on BMI’s consent decree means that, despite your decision to elect BMI as your PRO (a choice we certainly value and appreciate), if you co-write any musical works, ASCAP could conceivably be able to license your share of your co-written creation, and pay you under their distribution system, not BMI’s. It means that if you want to keep maximum control of your own creative work, you may soon consider limiting your pool of potential collaborators not to those with whom you work well, but, rather, only to other BMI writers. 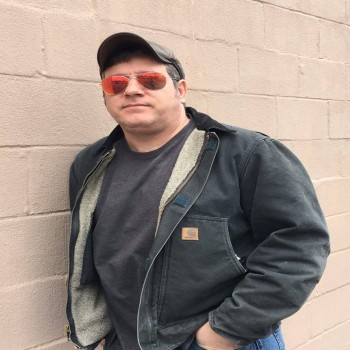 DanielWilliams | 24 posts
So what's the underlying difference between the two regarding the way their payout systems are set-up? It seems to me that if you limited yourself to only working with others affiliated with the same PRO as yourself that you would be EXTREMELY limiting/reducing your opportunities to co-write. Less opportunities to co-write means fewer songs being created...fewer songs mean less licensing opps...and if you are in fact looking for licensing opportunities....wouldn't that mindset be like cutting your foot off?

I don't see the problem with the ability to get "non-exclusive" licensing of a song by the permission of only one "joint author". These days MOST of songs have so many "joint authors" that if permission were needed from each and everyone of them before a license could be granted...the amount of time it took to contact all these people, get a reply...yada...yada...yada...would severely slow down the flow of things.

This is why it is SO IMPORTANT to make sure you are at least registered with a PRO...along with the song and it's respective co-authors...so that if a "non-exclusive" license IS granted for the use of a song you had a hand in creating...but had no clue about the granting of the license...you get paid your agreed upon share regardless.

Why the big deal if Ascap could potentially license your song for use...BMI exist to do the exact same thing...LICENSE the song and generate revenue for it's writers and composers. So if you did not want them to do that...why would you be registered with either one?

So what am I missing here? Do they both not collect the same payments...and in the same amounts...for the same kind of licenses?

I can understand them wanting to update old and outdated laws regarding what and how an author/composer/creator gets paid for the use of their work considering all the changes in technology and how people use it...but I'm not getting why the way it's been done forever is a bad thing other than that...so could you go into more detail? All I could find on their site was the article you posted : )

Update to Post: So after all my questions I found this article https://futureofmusic.org/article/fact-sheet/ascap-bmi-consent-decrees that explained the details pretty much about my questions...and I have to say that if the info is correct...I don't see how the changes they want...other than getting songwriters paid more for the use of their works...could possibly benefit the songwriter/author/composer/"small" publisher...in a better way.

The only way to maintain maximum control over your musical works is to become your own publisher...which would place you at odds against the bigger more powerful publishers just like the article I linked says...so I'm still trying to figure out what all the fuss is about since there was no decision.

MonkeyC | Admin | 465 posts
"I'm obviously missing something here so please elaborate and enlighten me on what that is." - I'll second that :)

Hmm, the article you posted is interesting. Now, I have no idea about any of this, but my general impression is that BMI and ASCAP are going to be looking out for people that actually pay their bills, rather than the little people, like me, who can only pay for their coffee. So it wouldn't really surprise me if their ideas on changes are a little biased. The article they posted certainly hasn't made their case clear it seems.

But I'm with you. Modernization is probably needed. 1940 what? Yeah. That was a while back! And the ability to issue non-exclusive licenses without the permission of other writers, I'm with you on that too.

"Under the DOJ’s interpretation, if BMI is unable to grant a 100% license in a given work, BMI would be unable to license that work."
- So, does that mean, under the DoJ interpretation, that BMI wouldn't be able to license a song unless all writers were members of BMI - hence, 100% of control over the work? Whereas with 'fractional' licensing, they would have the right since they could only license 50% if need be (i.e. the BMI member's share and not the ASCAP member's share)?

"ASCAP could conceivably be able to license your share of your co-written creation, and pay you under their distribution system, not BMI’s"
- Does that kinda suggest that you wouldn't get paid unless you are a member of ASCAP? And you obviously can't be a member of both?

I guess, in theory, you can't have both BMI and ASCAP charging blanket licenses under which the same catolog of songs are being covered/charged for?! Music licensees would be paying twice. And in that sense, I suppose fractional licensing is pretty much what must already be happening, as they say.

As you mention, it seems that the current arrangements in place appear to already be in our favor as writers, so a complete abolishment of the decree does sound like it would be a bad thing. The article that you posted highlights a lot of potential negatives.
#1699 Posted Thu 14 Jul, 2016 6:43 pm

DanielWilliams | 24 posts
We should definitely do more research on this.

"Under the DOJ’s interpretation, if BMI is unable to grant a 100% license in a given work, BMI would be unable to license that work."

What the DOJ seems to be saying here to me is that they are DEFINITELY against the "fractional" licensing concept...which would indeed allow them to license less than 100% of a song. The thing here though is that...like you said...fractional licensing ALREADY takes place...in the form of "derivative works"...does it not? The requirements for derivative works to be done legally...and therefore copyright protected is that the "new" work must contain something from the existing original work...lyrics for example...with something new...like a TOTALLY and COMPLETELY new music composition.

You've really peaked my interest in the subject now. I'm gonna do some more research on it and see if I can get a clearer understanding of what exactly is going on. I for one don't want to unwisely support the wrong side and get the wool pulled over my eyes lol : )
#1700 Posted Thu 14 Jul, 2016 8:44 pm
A message posted on Thu 14 Jul, 2016 9:25 pm was deleted

DanielWilliams | 24 posts
So I did some more research...this is ridiculous lol. That first article I posted swears that the Act will do nothing but negatively impact publishers and their associated members...and does a very convincing job of it too in my opinion. BUT......this article http://nekst.biz/copyright-understanding-songwriter-equity-act/ seems to be more focused on what the Act is TRULY about and if the info is correct....shows that WE as songwriters are being treated TOTALLY unfair when it comes to performance rights...and the difference between what is paid to record labels and artist vs the songwriters/authors/publishers of the song by organizations like Pandora and Spotify...and others like them.

So if this information is true I would think that...according to the numbers given...that we should support it if we want the unfairness to end.

Apparently the old laws make it easy for the subject to be totally ignored and unconsidered when the good folks who set the rates decide to make a new ruling on them...which keeps the unfairness in check and insures that the record labels and artist get most of the pie for performance (in whatever form) of a song.

MonkeyC | Admin | 465 posts
So the real issues are 1) politics, and 2) biased reporting haha! I think the English language needs to come back into fashion so we can all just understand what's what :)

Though, back to the original topic, I think BMI and ASCAP concerns are more specifically over the rules in which they are required to operate, in the form of the Concent Decree. Allowing, or not allowing certain things to be done. Whether or not Pandora pays 0.14 cents or 0.17 cents is probably just a case of collecting on what's owned as far as the PROs are concerned, ya think?
#1703 Posted Fri 15 Jul, 2016 2:12 am

The Music Industry Just Lost a Big Fight with the Government Over Royalties
"In a major setback to music publishers, the Justice Department decided this week it will not alter a decades-old system that requires royalty collection societies ASCAP and BMI to license songs to everyone at a fixed rate."
- http://fortune.com/2016/06/30/ascap-consent-decrees/

And I didn't read this one, but in case anyone is interested.. ASCAP AND BMI CONSENT DECREE REVIEW PUBLIC COMMENTS 2014
- https://www.justice.gov/atr/public-comments

In a nutshell, I think a lot of this is about BMI and ASCAP wanting to be able to negotiate different rates and agreements, while the consumers are seeking protection from PRO abuses and expecting competitive practices and fairness etc.
#1704 Posted Fri 15 Jul, 2016 2:26 am

DanielWilliams | 24 posts
Exactly. They want to move from the fixed rate model used for the licensing...which apparently is why Pandora and the others are able to get away with ripping off the songwriters and publishers so badly...and to do that they have to get the consent decree abolished. I'm all for that part of their game plan.

I've written some total crap in the 20 + years I've been writing lyrics....but I've also written some stuff that can compete with the best of them...it would really suck to one day get something recorded by an artist...only to be ripped off like taking candy from a baby by one of the streaming services.