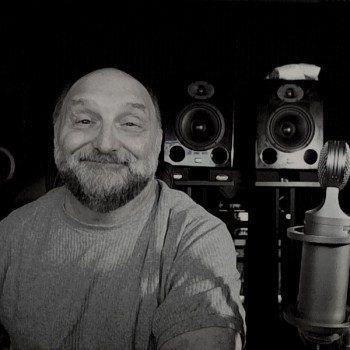 tomic | Mentor | 89 posts
As you all know I am constantly on the lookout for different maybe better ways to get the best results for troubles.
This is a link from "Mix magazine" showing how to be great for a mere $35,000.00. (this is a good time to faint).

Let me know if there is any problem with the link.
I have another link that contains the separated tracks up to 50 and beyond. This is a free mixing forum where you can get excellent feed back on what you have done. I am a site member and it has allowed me to mix all types of genres. This is great for producers to see different song structures. It is also a place to get very professionaly recorded tracks for mixers to try their hand at. It is a wealth of information offering many how to books and even shows some work-arounds. Try it you like it.
http://www.cambridge-mt.com/ms-mtk.htm#Fergessen

Stay tuned more and more on the way. : -

tomic | Mentor | 89 posts
Hi,
In my never-ending quest for the best of that is cost effective, check this out for finding inexpensive small condenser mic.
http://ehomerecordingstudio.com/small-diaphragm-condenser-mics/

tomic | Mentor | 89 posts
I was looking for a way to just link these PDF's that I think will help giving another perspective on several cool ideas.

?ehomerecordingstudio.com http://ehomerecordingstudio.com/fletcher-munson-curve/
???The Fletcher Munson Curve EXPLAINED
Among the geeky, yet still essential topics of audio recording, we have the Fletcher Munson Curve.
If you’ve had trouble grasping the concept up until now, trust me, I know the feeling. One look at that damn graph leaves your head spinning.
But....
If you want to get better at mixing, you MUST understand it. So in today’s article, I intend to explain it.
Let’s start with a basic definition.
What is it?
The Fletcher Munson Curve is a graph that illustrates an interesting phenomenon of human hearing. As the actual loudness of a sound changes, the perceived loudness our brains hear will change, depending on the frequency.
Here’s what I mean:
At low listening volumes, mid range frequencies sound more prominent, while the low and high frequency ranges seem to fall into the background.
At high listening volumes, the lows and highs sound more prominent, while the mid range seems comparatively softer.
Yet in reality, the overall tonal balance of the sound remains the same, no matter what the listening volume.
The graph of the Fletcher Munson Curve simply illustrates this concept with specific visual data. For mixing purposes, you don’t really need to understand actual the graph, you just need to grasp the concept.
And here’s why:
The PROBLEM with this phenomenon:
As you may already have figured out, the Fletch Munson Curve presents a HUGE problem when mixing a song.
One of the most fundamental characteristics of a good mix is achieving the ideal balance of frequencies most pleasing to the listener. But how on earth are you supposed to do that when the perceived balance of frequencies changes as the volume changes?
Here’s an example to illustrate my point:
Let’s say you are working on the EQ of a mix, and as you listen back at a low volume, you think the lows and high could use a boost. So you boost them...and it sounds great.
?The next day...
?s
?You listen back at a high volume. Now the lows and highs are too much, so you cut them. And you are right back where you started in the beginning.
Can you see how this is frustrating?
Now, the solution:
I’m no audio engineering expert, and some sources may have different thoughts on the subject...but here’s mine:
As a music consumer, when I listen to a song at HALF-volume, I’m only HALF-paying attention. When I’m listening at FULL-volume, that means it has my FULL attention.
As a music producer, I want my mix to sound it’s best when listeners are paying FULL attention. Imagine this familiar scenario:
You’re driving in the car, listening to a new song on the radio you’ve never heard before.
The volume is low at first, but the song catches your ear, so you naturally turn it up. Then you turn it up more, and little by little, the sound gets better. Now you love it...so you crank it up LOUD, and it sounds awesome. That’s usually how it works right?
Now imagine it happens a different way.
The song starts off sounding great at a low volume, and you want to hear it better. So you so turn it up.
But every time you turn it up it gets slightly harsher and more irritating to listen to. By the time you crank it up to full volume, it sounds absolutely dreadful. So you turn it back down and never listen to it again.
Is that what you want to happen when people hear your mixes? Probably not.
The point of this...
You want your mixes to sound their best at high volumes, because that’s when people are REALLY listening to it. In order for that to happen, you need to EQ it at a high volume.
It shouldn’t be ridiculously loud...only about as loud as you would comfortably listen to it in real life.
If the lows and highs drop off a bit when you turn the volume down, it won’t sound its best, but it won’t sound bad
either. It will just make you want to turn it up a little. Make sense? Great. Now go try it out for yourself.
#1364 Posted Sun 20 Mar, 2016 6:38 pm 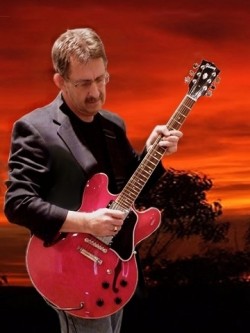 Embers | 11 posts
I just bought a Rode NT5 small condenser mic (as mentioned in your message above). I've been using it in stereo with a Rode NT1A. I used Logic's Matched EQ and recorded pink noise with both mic's to then get the NT1A to behave like another NT5.
#1378 Posted Sun 03 Apr, 2016 1:14 am

Forums > Audio Engineering, Mixing and Mastering > Another start-up configuration, for thrice?Page 1 of 1