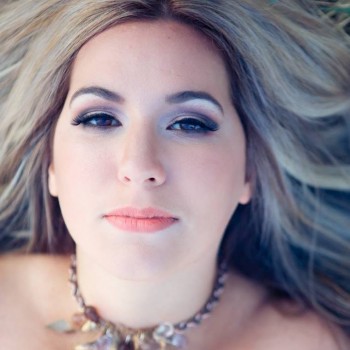 Melissa Otero is a Latin pop and pop singer-songwriter in New York City. Since her beginnings, both Latin and Pop music have been an important part of her career. Inspired by artists such as Gloria Estefan, Celine Dion, Elton John, Ednita Nazario and others, her music connects with audiences from different cultures around the world.

In 2013, her single "Angels and Demons" was part of Lifetime TV's Dance Moms soundtrack in its premiere episode of the third season, which attracted more than 3 million viewers, the biggest premiere of the season during that time receiving thousands of digital sales in iTunes and millions of views on YouTube.

For 2014, the song "With You (Contigo)" was presented as a main love theme for the characters Greta and Lazaro and "No Soy Un Angel" for the characters Smith and El Supremo in the telenovela Reina de Corazones on Telemundo. The telenovela has been broadcast around the world through Telemundo International, which continues to attract new fans to her music every day. A video made by a fan has been viewed more than 28 million times during its broadcast in India and Indonesia from September 2017 to January 2018.

Currently her latest work has been philanthropy and she has created the Stardust Foundation, which provides much needed relief to Puerto Rico due to Hurricane Maria on September 20, 2017.

New singles "Stars" and "Por Amor" are available on iTunes, Spotify and other digital outlets.