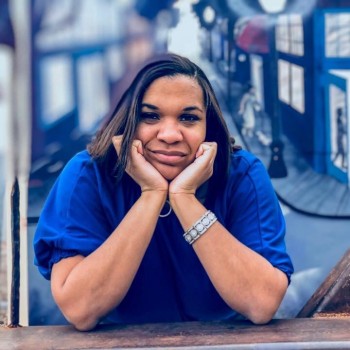 I am a young female musician who discovered early on that I had a love for creating original compositions as well as remixing other artists' arrangements. I created a self-produced EP at the age of 19 and continued to hone my skills as a musician - over time becoming recognized as one of the best female musicians in the gospel music industry.

Last year, I began to hone in on developing my skills as an arranger and had the opportunity to perform my work at a convention boasting tens of thousands of attendees. Later that year, I pushed myself into new territory and began to produce and arrange music for other recording artists - from the start of my company, Dream In Color Productions, two successful singles have been created and released for two different artists with 2-3 new projects in the works to be released in the latter half of 2019.

I love music: it is my passion, my lifeblood, and gives me purpose. I'm on here to have fun and network with new like-minded connections, but ultimately I want to work for you and build my portfolio. I love many different genres and am open to all sorts of opportunities, but my biggest personal influences are gospel, jazz, R&B, classical, EDM, neo-soul, and pop. Let's make something come to life!

Mainly Pro Tools with a M-Audio MIDI controller - but I get a lot done.

$75 - Tracking piano, keyboards, organ, synths and other auxiliary programming ; $75 for full arrangements ; $50 for songwriting assistance (lyrics and composition ; $125 for production