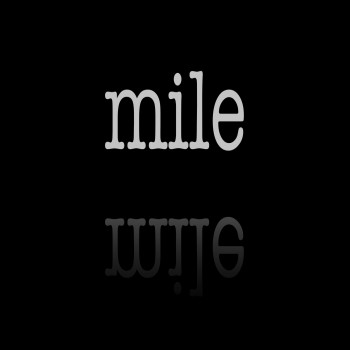 Musician, Producer, Home Studio, Songwriter, Composer
Hi, we are Mile. A collaboration of 2 experienced musicians. We’ve been in bands for many years and are doing less gigging nowadays and more writing and recording.
We are in it for the love of it. So it’s partial fun but also we take our music seriously and happy to go wherever that might lead. If we can produce the right material we will release albums and possibly tour.

Our tastes range from electronic to hard rock but this incarnation is usually fairly long instrumentals that are a bit psychadelic, a bit rock, a bit ethereal. Kind of pink Floyd meets dandy Warhol’s, meets enya.

We would love to collaborate with vocalists who also write lyrics although we have a bunch of them but really prefer you to bring your own spin. We’d rather someone with a bit of an edge and not be a vocal gymnast, but anything might work. We are more on the alternative edge so a pure pop singer would probably not suit, but you never know.

Our songs are fairly fluid in they don’t usually follow set traditional verse-chorus patterns, but they can and if the right vocals come in they can morph into anything. Most of our compositions are complete and released as instrumentals but we think there is a fair amount of them that could flourish with some vocals.

Anyway, have a listen on our Spotify link and you’ll get the idea. If it sounds good, then have a go!

A myriad of basses and guitars. We start with these as our main ideas and then it’s onto the computer. I’ve been using a mix of Ableton on the PC and believe or not GarageBand on the iPad. In fact this is now my main tool. Occasionally for finer editing I’ll go to the PC, but I’m finding more and more it’s not required. GarageBand is actually a serious piece of kit. I use Auria a little bit but usually find it’s not required. With the flexibility of synths and effects, things like routing and side chaining are not required as much as they used to be. Although there are still some scenarios where I’ll jump to Ableton where required.
We’ve good quality interfaces and a gazillion synth apps, samplers, drum machines and the like which I love playing around with.
We do have vocal ideas in some cases but we are pretty ordinary singers so we can put them forward when needed.